Gearing Up for the 2016 Rio Summer Olympics 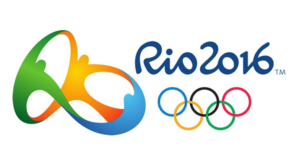 The opening ceremonies of the 2016 summer Olympics in Rio are less than 30 days away, and the media coverage of the conditions in Rio have been nothing short of unpleasant. Is this all media hype or is it really that bad? Typically, before any Olympics, there is a lot of negative press coverage. Before London it was all about possible terrorist attacks. Leading up to Sochi, it was terrorist attacks again, and that the facilities were not complete and ready to house the thousands of members of the media or spectators. Now heading into Rio, it’s all about Zika, Crime, Flavelas, super bacteria in the water, bike path collapsing, the list goes on and on.
What it all comes down to is one word, Fear. The media has been successful generating a buzz creating this fear. This is not to say that the current situation in Rio is not bad. Rather, they are neglecting to name all the good.
Rio is filled with beautiful beaches such as Ipanema, bustling nightlife in Copacabana, breathtaking views from atop Sugarloaf Mountain and Christ the Redeemer. Not to mention, witnessing an Olympic event first hand at Maracaná stadium, and sharing in the jubilation of cheers and pride of one’s country, is one of the most fulfilling experiences in all of sports.

We’ll have a full camera crew and videography in Rio de Janeiro covering the 2016 summer Olympic games. If your company is interested in hiring a camera crews to cover the next Olympics games or sporting event, please contact us at 1-800-277-0592.

Watch a Trailer for the 2016 Rio Olympics:

About the Author: Mike Steinberg