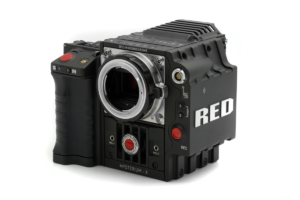 The Red Epic Camera is a new generation digital camera capable of capturing one to 120 frames per second at 5K resolution. The Red Epic has been used for 3D Imax films and even magazine spreads. Its versatility makes it a great camera to rent for all uses and needs while also weighing only four pounds. With the help of our videography team you could also pair the Red Epic with a drone to shoot amazing quality film from above or below eye level. A cool feature of the Red Epic is the dual ability allowing to capture both film and photos simultaneously, allowing it to meet everyone’s needs.

If the Red Epic sounds like a Camera you need or want to rent or have the help of our videographers, contact our offices today to get a quote.